One of the best things about running my own business (as a freelance social media consultant) is being able to run away from my desk at short notice to places like Folkestone Beach.

The sun was shining and my diary was relatively quiet so I booked a train from London (there’s a direct 55-minute service to Folkestone beach from St Pancras), grabbed my book, fished out the sun screen and slipped a beach towel in my bag.

I knew literally nothing about the place, having found it on the internet, and I was intrigued to see what this seaside town was like.

The beach is a 15/20 minute walk from the train station, and I loved the quirky shops and street art as I wandered through (picking up a snack along the way.)

There is an extensive pebble beach & a few coves, but I was headed for the charmingly named ‘Sunny Sands’, a small popular bay of golden sand that I called home for the morning (even managing to answer a few work emails that rolled in.)

But first, coffee. There were an array of indie cafes, restaurants and the usual supermarkets along the way, not to mention pubs and fish & chip places – proper seaside fare. I loved wandering down Steep Street, even knowing that I’d be walking back up the hill on the way home.

Speaking of art, the Folkestone Mermaid (see the main image for her view) was produced by Cornelia Parker in response to a commission for the Folkestone Triennial 2011. It was conceived of both as a reinterpretation of one of the most popular tourist attractions in the world, Copenhagen’s ‘Little Mermaid’, and as a means of engaging both with Folkestone’s local community and with the reality of the female form.

Inspired by the story of The Sea Lady by HG Wells (a long-time resident of Folkestone) and the famous fairy-tale of Hans Christian Anderson (who visited Folkestone in 1857), Parker developed the concept for the work in 2009 during the Copenhagen Climate Conference. The Mermaid’s watchful gaze over the horizon is also an allusion to the threat of rising sea levels and endangered populations living by the sea.

The work takes the form of a life-size bronze cast of a local resident. The successful candidate, whose likeness has now been installed overlooking the sandy beach at the end of The Stade, next to Folkestone’s harbour, was Georgina Baker, a local mother of two. Her view is lovely.

Oh, did I mention getting to meet Tom, the beach loving cat? Apparently he visits most days, sun bathing to the sound of the ocean – with his owner kept on a lead.

Something you really need to keep in mind if you’re visiting Sunny Sands specifically, is that the tide comes fairly quickly, so make sure you’re aware of the times (especially in spring and autumn as equinox tides are higher. Thanks sun & moon.)

These four pawed guys were uninterested though – much more interested in their balls & toys being thrown along the shore.

I walked back, past busy pubs…

…and up the cliff along the zig zag path threaded along the wooded cliff face.

I even found a Gilbert & George completely by accident.

My trip to Folkestone beach was a much needed recharge of the batteries, a top up of vitamin D and (by choice) 13km of walking that was pure bliss. It’s not a polished gem, rather a town with a bohemian vibe perfect for exploring. 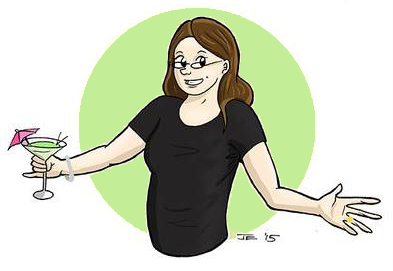 Welcome to my personal food and travel blog where I share my escapades as a long term New Zealand expat living in London. I adore genuine experiences which are rich with history, and love life with a cheeky smile and a dash of luxury. Learn more about me here…

Search for something special